When I ran the simulation my bot first reduced in size (as I expected) but then started growing in size until it was larger than the play area. The other bots tried attacking it but nothing happened. This is what the results were after 1000 ticks: 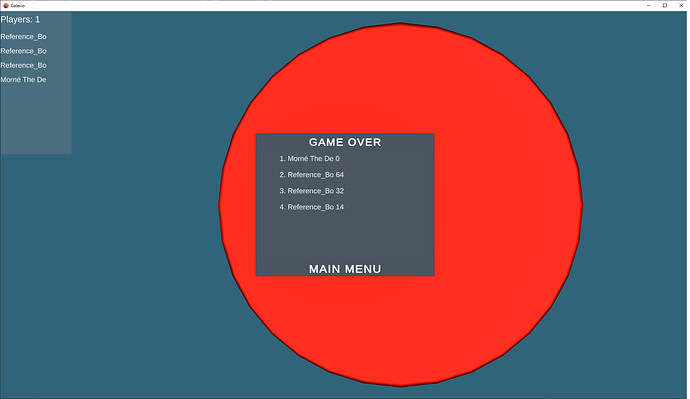 Hi @Morne and welcome to challenge!

The team is going to investigate this and get back to you soonest. It would be really helpful if you could share your log files with us. You can either drop them here or mail challenge@entelect.co.za.

The log files are too large to attach (10 Meg) and I cannot upload .zip. So I will email them

Thanks @Morne, this has been sent through to the team.

We have found the bug and we are making a fix for it and it will be included in the next release. So the issue was that the engine wasn’t picking up your bot for removal as it had never started moving (the startAfterburner doesn’t start you movement you need at least one forward command) so your bot kept going lower in size after zero it went into the negatives. This made it seem like it was getting bigger on the visualiser but it was increasing in the negatives .

There will be an announcement when the next version is released, in the mean time ensure there is a forward command to start the bot’s movement so you can continue your bot development without the bug blocking you while we implement the fix for this bug.