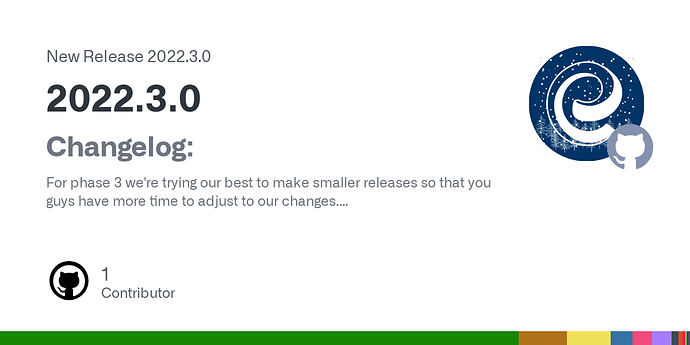 Changelog: For phase 3 we're trying our best to make smaller releases so that you guys have more time to adjust to our changes. For this release we have two new buildings: Roads Outposts These tw...

Would you look at that? A new phase release in a timeous fashion? Who would have thought…

I hope you’re all excited for the next monumental iteration of Arctica 2022! For phase 3 we have new features coming that will spice things up a whole lot

We’re also trying our best to make smaller releases so that you guys have more time to adjust to these changes.

In this first release of phase 3, we have added two new buildings that didn’t quite make it into phase 2: ROADS

These are focused on capturing territory, hopefully creating some more competition when expanding your reach.

This is the first of multiple releases so keep an eye out over the next few weeks as we roll out new features and build up to our PHASE 3 TOURNAMENT!!!

This is a community effort as well

so we would like to thank you all for your participation and feedback so far, keep it coming! As per usual, let us now about any bugs or potential balancing issues that you come across.

With love, the EC team

Awesome thanx guys, just a question, does roads make traveling time less? Or just expand territory, and outposts does it serve as a drop off zone or same just territory

Hi @Kortgat. At this stage they are focused on changing the way bots claim territory, rather than providing buffs. Roads do provide a way to expand your territory faster in a specific direction.

It could be just me but i do feel that buildings need to provide much more points. I know buffs and territory translates to faster harvesting which makes for a better endgame anyways.

I could be mistaken here. But it feels like a bot can almost ignore buildings altogether and still win a match.

So what would my solution be for a rebalance?

I would up the reward for buildings built. Maybe even Equal it to resources spent on them.
It does mean we can mint our points early. BUT. That also means if we are greedy that we might end up killing our population much faster than we need to.

So Building’s impact on score i feel should go up some. You can build a whole lot of buildings and not really get a score return. Because of some bugs in my building strategy and implementation my Event 1 bot that Also farms Gold breaks my building strategy bot. And this happens as Both Player 1 and Player 2. So its not due to a res distribution disadvantage (Obviously my first bot is faster as it does not need to deal with buildings)

as a secondary note I also feel we should get a score bonus for each piece of territory we hold at the end of a match.
Perhaps even 1000 each, That = around 1 600 000 points, Which sounds like a lot but you very quickly spend that 1000 points in Resources (Which could also lower your score later)

But it could open some options.

Maybe one guy says, Im going to be a heavy builder.
The other decides to rather stockpile.

Thats my thoughts if our discussions are territory. I didnt test much but I had a map before my buildings were refined where I filled half of the map with stuff. My Stockpiling bot won with 10x more points than me.

So I feel if not already thats quite important

Thank you for the suggestion. We’ll definitely take this into account. Another thing that we are planning to add in the coming releases is a debuff for resource harvesting in other territories (there is more to this with new territory competition as well). Do you think that will have enough of an impact on incentivizing building and territory based strategies? @WillieTheron

I think a debuff for resource harvesting in other territories would help (or anything else that expands or tweaks the game as it stands right now). Some more points for buildings could also be valuable, to offset some of the costs.

However, I do think that it’s a bit late to fundamentally change how scoring works (e.g. making territory a dominant factor) - that risks breaking a lot of bots and potentially causing a significant amount of rework.

Hi there, my two cents

I think the buildings should all serve a purpose , a reason for a player to build them.

I also think that we are missing a building or mechanic in the game that can be used to negatively affect your opponent because at the moment the challenge is just an optimization problem. Who can get the most resources the fastest and keep it the longest.

I know this brings complexity to the engine but I believe it might be worth it.

Its some great ideas.

We must just keep in mind anything that happens now the team likely need to be able to implement in 2 weeks.
Then we need to finalize our bots in 2 weeks.

Because running the final event will take a few days and everyone needs to prep accordingly as well.

I think as an optimization problem as you say what we have now is great.
I dont think theres too much room for something massive because of the window we have left. Comic cons in under 2 months.

Its quicker than we realize

I think after assessing my current bot, I definately have massive advantage with buildings.

I must also keep in mind that the matches are all 4v4.
Most of my assessments were probably made with 1v1 in mind.

In 4v4 you will run out (Ignoring buildings)

Most likely the one who builds will be the one with the edge.

I dont think a debuff is required. Given the tests I ran the last while. I made some improvements to my first event bot and just made sure that every one of my strategies trigger at the appropriate times.

Though it can likely help.

I will play the problem infront of me.
I feel the building buff in itself is enough. I just didnt really have it down in event 2. (Buildings or not my event 1 bot still destroyed my builder)

But I managed to sort my issues out.

The only thing I feel is vital is Kobus’ pull request that handles resource fairness and distribution.
If that could be resolved it would really make the challenge fair.

Currently its impossible to hook a timer up to your bot and let it think.
You just dont have the time for that. Your either in first or you lose.

Okay, i admit Im measuring my bot against itself and it will always try and make the same kinds of strategies.
So if its a different player then everything changes.

Im still tweaking but im preparing to finish my own bot this weekend already.
**Will account for changes.
But dont want to get to the deadline and have one or two things still on my wishlist.

What I am saying is: If team wants to add debuffs thats pretty cool. But I feel the impact of buildings are enough.Having a better build strategy really changed the outcomes of my own matches.

They dont do much for me in 1v1 but thats just because theres an abundence.
Anyways, I am really looking forward to comic con for a change.

My few cents: I will really appreciate if we can have the 3rd round competition sooner rather than later. Flight tickets will become VERY expensive soon for those needing to make travel arrangements if they make the top 8.
I love this RTS format and there are almost endless possibilities to make the game bigger and more exciting and strategic, but I do not think time will allow too many changes. I want to suggest that the Entelect Team finalize the current build then give a 2 or 3 week period before the 3rd competition where only major bugs are resolved.

In the previous rounds I ran some basic machine-learning algorithms to help me find strategies, and each time a change is implemented I had to change and restart the learning from scratch. Not ideal for me.

When is the final round cutoff?