The first tournament for 2021 kicks off TONIGHT at midnight!
Make sure you have submitted your final versions of your bots before that time.

The winner of this tournament will receive a golden ticket to the finals at Comic Con Africa in September this year. Second place will win R2000 and third place, R1000! 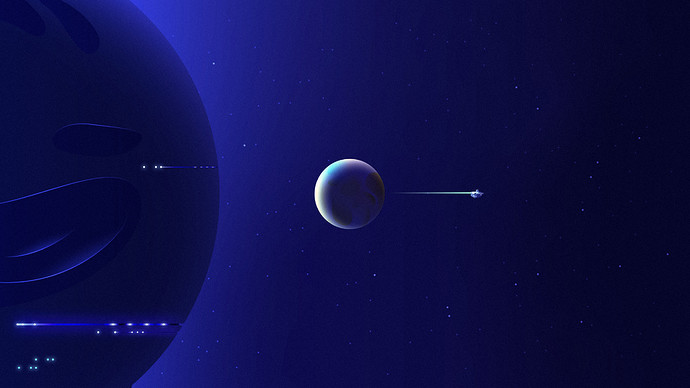 How we know how many matches we have played and/or still need to play? The leader board hasn’t changed for a while.

Also I’m assuming with the introduction of friendly matches there will be no match logs available after/from round 10 as well as how does the scoring work?

Hi @ccanning2 ,
The Leader board is active and you will now be able to view that. Please note that the results have not yet been finalized. We will let you know once the results have been confirmed.

With Regards to the friendly matches there will be match logs available and the scoring is the same as official tournaments.

Thanks for the reply. I can see the leader board but it has no indication of progress of the round. No match logs seem to be available either so can’t go by that either.

Thank you that will be useful! Do you have a timeline for these changes?

It would be nice to be able to do a full review of the matches that have completed already from round 1 as it seems its still running.

Development is in progress for the match status and the amount of rounds played, in progress and amount outstanding, I cant give you an exact timeline, but it should be live by the End of next week.

Thank you for your patience!

Hi
any indication when Pulsar Kick will be finalised, and when the new rules for Nova will be released?

We are busy finalising the results this week and it will announce it on the forum. The new features for Nova will be released after the results are finalised towards the end of this week/start of next week, we will make a forum post on how the new rules work with the new starter pack.

Verification of the tournament is now complete

Entelect, please can you advised how the tournament player selections per game worked?

Going through my logs I can see that I did not play against all the players.
Some people I only once met in the competition and others competed in 4 or more games with me.
Looks like each of my 42 games had a random selection of players?

I also noticed I payed a ton of games against “Coffee Bot”, “Jungle Oats”, and “JSNickName”. Will these be reference bots that competed, or did the players used the default nickname e.g. forgot or did not know how to update the nickname?

Yes, you are correct. Each match is completely random players. The main requirement is that you are not allocated twice to a match where you are already part of.
Before we start the allocation, the system decide a match size that will work for the tournament. Thus, the parameter is, 7-9 players per match.
Then the system decide, how many groups(total matches in the tournament) there should be based on the total matches each player should play, and the total players that is going to take part in the tournament.

The system then generate/allocate the groups, where each player is added, X amount of times to a list (to ensure that everyone is going to play X amount of matches, where X is the amount of matches a single player should play, X = 42).
When we add the player instance to the list, we give the each player instance it’s own random number. May it be Java RNG, AWS KMS or random.org. After which the list is then sorted based on the random numbers.
Then the system drain that list of (X * 118 = 4956 instances) into all the groups the system decided on, with the requirement that one player is not allocated twice to the same match.
After everything is done, we have all the matches and the players that is going to participate in that match, already grouped and saved and everything, before we start running the matches. This gives us around 700 matches that needed to be played.

This ends up a total random, non-biased allocation of players to the matches. where you might encounter the same player in multiple matches, and another player not even once. Everything is made random.
The amount of matches is also chosen to ensure that each bot play as many matches as necessary to thoroughly but each bot through it’s paces, and that the bot that wins, did in fact win because it was the best bot.

Because of the nature of this year’s game, where we can play 2-64 bots per match, we cannot play everyone against everyone. To make everyone play against everyone, will become infeasible, and way to costly for something that our current tournament plan is doing perfect already, according to our requirements.

To address the reference bot question. There were 0 reference bots in this tournament. That names that you see there is just the default names that people did not change when started using the bot.

I hope this answers all your questions.

Thank you for that detailed explanation!

The new features for round 2 have been released! Galaxio: Round two, Fight (or flight!)