@megan, could we get an update of when we could expect an update on the tournament results?

Maybe give the guys a little slack.

I stand to be corrected, but I believe this is mostly voluntary and much of it is handled after hours.

I think what’s getting to people isn’t the wait, it’s the lack of feedback/information.

I agree with you and considering that most of it probably is voluntary and after hours, I think it’s commendable what the team has done and we’re all developers. We know how it goes, things break, scope creep, insufficient scopes etc, no hate to the individuals at all.
But it also takes just 3 minutes type up a post that says “Hey, we forgot to write the part of the portal that runs the tournaments, we’re going to need a week to get that up and running and we’ll keep you posted with an ETA for when the matches will start running”.
In situations like these, the imagination is almost always worse than reality and a bit of transparency goes a long way. I don’t expect a full technical breakdown of what’s wrong and how you’re fixing it, but I do expect a bit more than we’re working on it.

And even though the challenge is voluntary and after hours, it’s still tied to Entelects name and reflects on the company, how it is to work there and shapes opinions about it. In my irrelevant opinion, situations like these should be given at least some priority by the company and should be handled in a similar way to us the competitors being a client of the company.

Edit: Thanks for updating the tournament structure page, it answered some of my questions from my previous post.

Going to drop my own thoughts,

Though I do not want to try and say I agree or disagree with other users and whats been said.

There’s a lot of excitement around these events, But this challenge is a part of me already.
Comic Con has been an added bonus. I’m pure introverted geek, so I avoid the sun and people.

The year I won the challenge I genuinely thought I was going to not make my 30th birthday due to some undiagnosed medical issues. Things I fortunately got under control and ruled out any of the fatal causes.
Still remember walking to the bus at midnight, walking from dropoff to the venue, 2 hours later back to pickup so im back home.

Anyways, what is my point. The year I won I needed to win. And I remember another year when the person who won seemed like someone who needed to win as well.

I know there’s some delays, but beyond what has already been mentioned I find this challenge to be an extreme privilege. A Competitive environment. Something fun.

**I personally grew a detachment to business systems. Just want to do game dev to be honest.

Because of the factors above I do not feel that the challenge needs to put any more pressure on the team than it needs to. In my own analogy when it comes to the challenge I owe Entelect, a lot.
I do not feel Entelect owes me anything.

Now again, What I am saying is not aimed at any user, contestant or even at Entelect itself.

This is sadly one of the only places im really challenged, but thats my own fault. Not giving enough space to expand.

That’s my own thoughts,
Setting a R200 000 budget for something like this is really crazy if I think about it.

I would avoid taking it for granted, less the company board decides that the initiative is not worth persueing going forward. But this is my 7th year. I’m surprised they have not banned me yet.

Random thoughts and I dont even know what tone this is written in.
Probably grateful and defensive. Just how I feel.

To clarify because I suck at putting my thoughts in to words and @WillieTheron s post made it clear to me.

I don’t want any extra pressure on the team and I’m not hoping or asking for extra pressure to be put on the team. I’m hoping for the team to be afforded the opportunity to finish it properly by Entelect in whatever form they can.

Its extremely easy to misrepresent a point or to even misinterpret. Know that much for sure. And other users could be right as well. I can talk a lot in text…

But I can make a prediction about the first event.
I expect we will have a few max efficient bots this event. Uncertain how this would be impacted by the steep deadline change.

From there the placements will likely be determined by execution speed.

Though there’s some tricks I’m sure we all found and some we all missed to make some interesting endgame point gains in those hard matches.

But in the end first place will absolutely be decided by execution time.
I think its safe to say there will be at least 3 near perfect bots, Bots whose victory would likely be determined by seed in a normal environment.

At the grand scheme of things the bot that has its command in first takes the spoils. Initially this doesnt matter but endgame its just massive.

The golden ticket will go to the person whose code is most efficient.
And even guessing placement among players are meaningless in this case. Because everyone has different devices. A 5ms bot on my pc could be a 20 ms bot on another’s or vice versa.

My other assumption about this challenge is it will be very hard to measure bot efficiency and strategy.

So after match games will be hard to use for further improvements unless you can see some specific special shenanigans worth implementing for the updated rules (Event 2).

As far as I observed that’s the conditions of the first event.

Though there is a scenario where a slower bot can make up points to overtake a faster one that might beat it in other games. **Maybe with execution advantage it marginally beats the stronger bot. But in other matches the stronger bot just gets much further into endgame. This could happen.

But I do believe that nothing will supersede processing time.
Task 1 was to build the strongest bot possible.
Task 2 was to make it as fast as possible.

Task 2 was fun. But also from my limited knowledge the key to the first event.
Which might mean the first real analysis we get is for Round 2.

Looking forward to see the leaderboard.

I agree. Processing time was very important, and making smart decisions in the logic of my bot to reduce processing time had greater effects when playing against myself than my actual strategy.

I did see some cool things that will be coming hopefully in future versions. Obviously, the addition of Gold as a commodity, but I also saw the EC team started with the footwork to add storms to the map. Storms would effectively reduce the speed at which your people would move over the map. Think this will be an interesting addition, and will definitely require some logic to get the timing correct when sending your population for resource gathering.

I have a feeling after this first event I might need to rewrite my bot completely anyways.

Uncertain though. Gold is great because I have these extra units.
Think Variable Change could do the challenge good.

But im not at all looking at the engine yet. Id suggest some rebalancing, but I feel I need to run the second engine first. Because i might have the extra Units now, but introduce a change to the challenge and a rebalance might not even be necessary.

I’m excited though. There’s not much more I can do to my existing bot. Unless I want to enhance my time a little more and merge some of my logic.

But don’t want to write in pure binary either

I’m hoping we have some news soon. I’m really confident in my own entry. But know there are some intense rivals here.

The results are almost here. They took some time because certain matches were failing and to be fair we wanted to make sure all the matches ran correctly for scoring purposes. 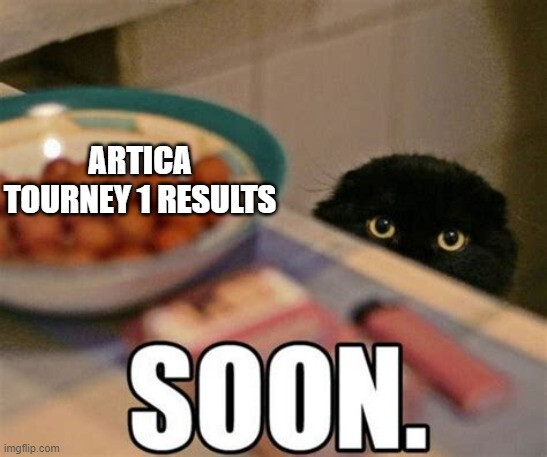 Cant wait, please thnak the team for their hard work making sure all the matches run correctly 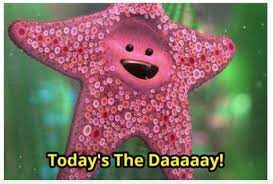 Putting on the last bells and whistles…

Congratz @WillieTheron . 10th place on my first attempt not too bad

Where are you checking the results? My portal page still says “No results found for this tournament”

My portal has updated now as well.

Im super amped, First time ever getting a Golden Ticket in the first 2 events, Always had someone else above me for those.

I think that both discovering the time scenario and optimizing for it is what made the difference in my case, Had some other scenanigans,

Uncertain how the first event would have played out if it was not for time.
Obviously glad things happened the way they did.

Looking forward, will still give it a week before I accept the standings.

My first event I was 16th. So I will be keeping my eye on you

Congrats though, You are very close to the top 8 and its a very very nice experience.
But theres also always a 9th place and thats the saddest part of any competition.

You can up the level again.

Yeah its interesting to hear you talk about your entry since I didnt even focus on speed really - I mean my bot wasnt bad but nothing compared to your response time.

I guess I focused more on building a generic ai to cater for the changes coming now for the second tournament (which I am so amped for).

Going to the finals is my only goal - think its within reach but that can disappear very quickly.